Aramesh Dustdar, born 1931 in Iran, philosopher, author and one of the most influential thinkers in the history of modern Iran. After receiving his doctorate in philosophy from the University of Bonn, he returned to Iran and founded the philosophical school at the University of Tehran. A member of the atheist faculty, already known for his antireligious views, Dustdar became the target of radical Islamic activists when the 1979 Islamic revolution swept through Iran. Like so many other university professors, he left home to live in exile in Germany. His first manuscript »Some Philosophical Remarks on Religion and Science« was lost in the turmoil of the revolution. For the incessant thinker, this was the basic building block for the launch of his three large volumes. The first of these banned titles in Iran, »The Impossibility of Thinking in a Religious Culture«, has been fiercely debated among Iranian intel- lectuals for two decades. His latest book »An Introduction to Pseudolanguage and Pseudoculture« was published by Forough Book in 2018.

We are very sad to announce that our author Aramesh Dustdar, philosopher and author of An Introduction to Pseudolanguage and Pseudoculture and many other very important books, passed away on Wednesday, Octobre 27th 2021 at the age of 90.

"Thinking is only possible when there are no limits."

Thank you, Aramesh Dustdar for sharing your great talent with so many generations. #RememberingArameshDustdar 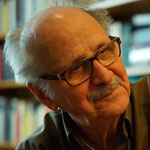 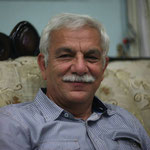 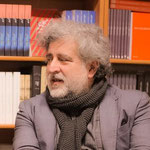 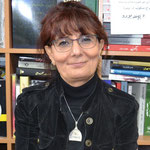 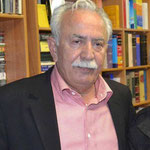 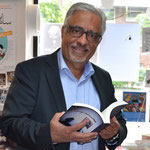 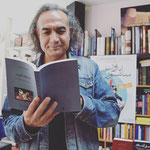 Mahmoud Sabahy, born 1969 in Iran, Essayist, sociologist and theater director.  He taught Theater Philosophy and Theater Sociology at the Faculty of Art and Architecture in Tehran before being dismissed from the University in 2010.

Katayoun Azarli, born in Iran, writer and painter. Since her childhood she has worked for the „Radio and Television of Mashhad“. Also active in literary circles. With the dawn of the Islamic revolution Azarli was forced to give up her work and was detained in 1984. In 1988, she was released from prison and continued her cultural and artistic work, but from then on under the pseudonyms „Khavari“ and „Rastar“. In 1990 she won at the Zoom Igualda Festival, an international film Festival, the Golden Eagle Award for her script „Wish“. In 1995 she published her first book, a collection of her poems. In 1996, after a short arrest, she left her homeland and settled in Germany. Today she lives in Kassel, Germany. Her focus continues to be on art and writing. 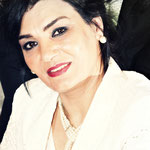 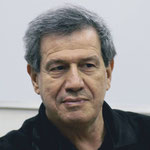 Massoud Noghrehkar, born 1953 in Iran, doctor and author. In 1985 he was forced into exile due to the turmoil of the revolution in Iran. He was able to flee to Germany. In 1993, the US government granted him political asylum and he emigrated to the United States. While working as a psychologist in Iran, Germany and the United States, he wrote and published more than 28 books and about 300 articles in various journals and websites. Most of his works were published in Farsi and refer to various political events in Iran, such as the intellectual movements and the suppression of disagreements in Iran. Dr. Noghrekar wrote many novels, short stories and children‘s stories as well as books about medicine which are another of Dr. Noghrekar’s expertise. He also has a collection of novels, short stories and children‘s stories in English. Currently, he lives in Orlando, Florida. He has withdrawn from his work as a physician and works as a full-time writer today. 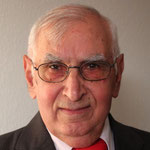 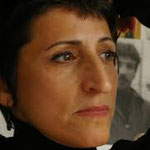 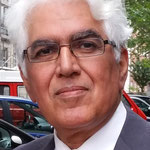